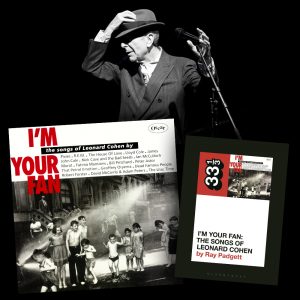 Tosh and Kimley discuss I’m Your Fan: The Songs of Leonard Cohen (33 1/3) by Ray Padgett. Tribute albums are often derided and tend to elicit a love/hate reaction. When done right, they can illuminate a song and boost an artist’s career as did this one for Leonard Cohen. Padgett looks into not only the specifics of this Leonard Cohen tribute album but the history of the genre in general and some of the key players like producer Hal Willner and frequent contributor Juliana Hatfield. When one great artist covers another great artist it can be sublime. Or it could make your ears bleed. Art is always a gamble… 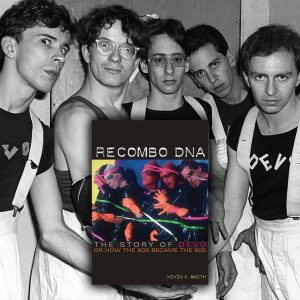 Tosh and Kimley discuss Recombo DNA-The Story of Devo or How the 60s Became the 80s by Kevin C. Smith. Smith takes a deep dive examining just what made Devo tick and twitch. From 1970 to 1979, he takes us through the background and influences of this Ohio band who experienced the Kent State shootings, discovered Dada, enjoyed manipulating the ideas of de-evolution, experimented with film and multimedia shows and ultimately became a band with top 40 appeal. They managed to find themselves in the company of the people best suited to further their cause from Toni Basil to Brian Eno to Neil Young. Talent and timing is everything.