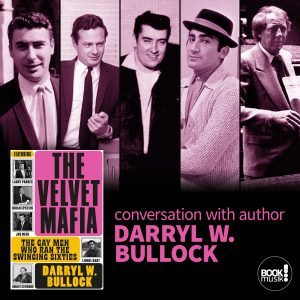 Tosh and Kimley are joined by author Darryl W. Bullock to discuss his new book The Velvet Mafia: The Gay Men Who Ran the Swinging Sixties. Rock ‘n’ roll as we know it would not exist if not for this group of gay men in the U.K. during the late fifties and sixties fondly referred to as “The Velvet Mafia.” Larry Parnes, Brian Epstein, Joe Meek, Lionel Bart, and Robert Stigwood are some of the major players in this book who left an indelible mark on the pop/rock world. At a time in the U.K. when being gay was illegal and when pop music could only be heard from pirate radio stations, they managed to push the needle forward and open up a culture that allowed us all to swing!