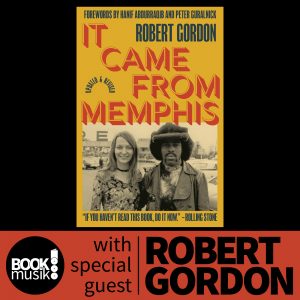 Tosh and Kimley are joined by author Robert Gordon to discuss his classic book It Came from Memphis newly revised for its 25th anniversary release. Many have made the convincing case that Memphis is the birthplace of rock ‘n’ roll. It is without a doubt a cultural hub on par with New York, Paris, and San Francisco and yet remains somewhat under the radar. Alex Chilton, Jim Dickinson, photographer William Eggleston and bluesman Furry Lewis are just a few of the prominent characters who make the scene in this riveting book. Gordon has a passionate attachment to his city’s history and culture and celebrates those on the edge and those creating the chaos that make life interesting.