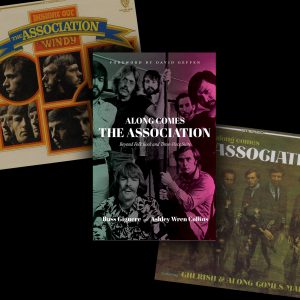 Tosh and Kimley discuss Along Comes the Association: Beyond Folk Rock and Three-Piece Suits by Russ Giguere and Ashley Wren Collins. The Association had several enduring top-40 hits in the 1960s but were a bit of an anomaly. While performing they typically wore suits and they sang lush harmonies on songs like “Cherish,” “Windy” and “Never My Love.” This was during a time when guitar-heavy rock was dominating the music scene and the cool kids had a proclivity for outrageous attire and social upheaval. But as an integral part of the Los Angeles music scene, The Association was in the thick of things, opening the Monterey Pop Festival and hanging out with all those cool kids.